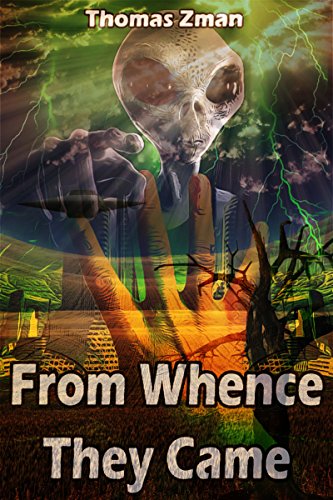 Thomas Zman’s “From Whence They Came”, a second installment of a series, is a new take on the alien sci/fi topic. Aliens have lived with us since the beginning of time, deep underground. Lieutenant Steve Coleman, an air force pilot, is abducted and enslaved to learn the ways of the Neuphobes, an advanced alien race.

I was excited to read this book as I love a good alien story. The book started well and I was engaged at the start. As I read further, the author turned the story into more of a philosophical route which the main character battles internal demons and realizes his life of sin. He ultimately turns away from searching for an escape to reconnect with his family to instead form a new family in the alien created world under the surface of the ocean.

I can see the draw this book may have for those with aliens and their connections to God. I, myself, prefer the good old aliens come and demolish everyone or we kick their behinds back to their own planet kind of story – this wasn’t it.

Writing was good and for those that want a very philosophical and religious focus, this is the story for them.